A Borderline Between Life and Death

There exists a world where people run the fastest on the "borderline between life and death".
Takazumi KATAYAMA is a world champion bike racer continues to verbalize and convey "excitingly unreal experiences" to people to people as a messenger.
KATAYAMA, who has been shouting since 1970 that "Motorcycle Race is Art itself", is once again running at full throttle at the cutting edge of the times via NFTs.
He is a Film director, novelist, designer, philosopher.
KATAYAMA, who holds a variety of titles, will present his soul-stirring "works" here only on NiftyPlanet.

* These NFTs are not for profit. They are for charity and proceeds will be delivered directly areas and people affect in evacuated neighboring countries as "support money". We will allocate a small portion of proceeds for expenses related to carrying out local support activities and for marketing of these special NFTs. 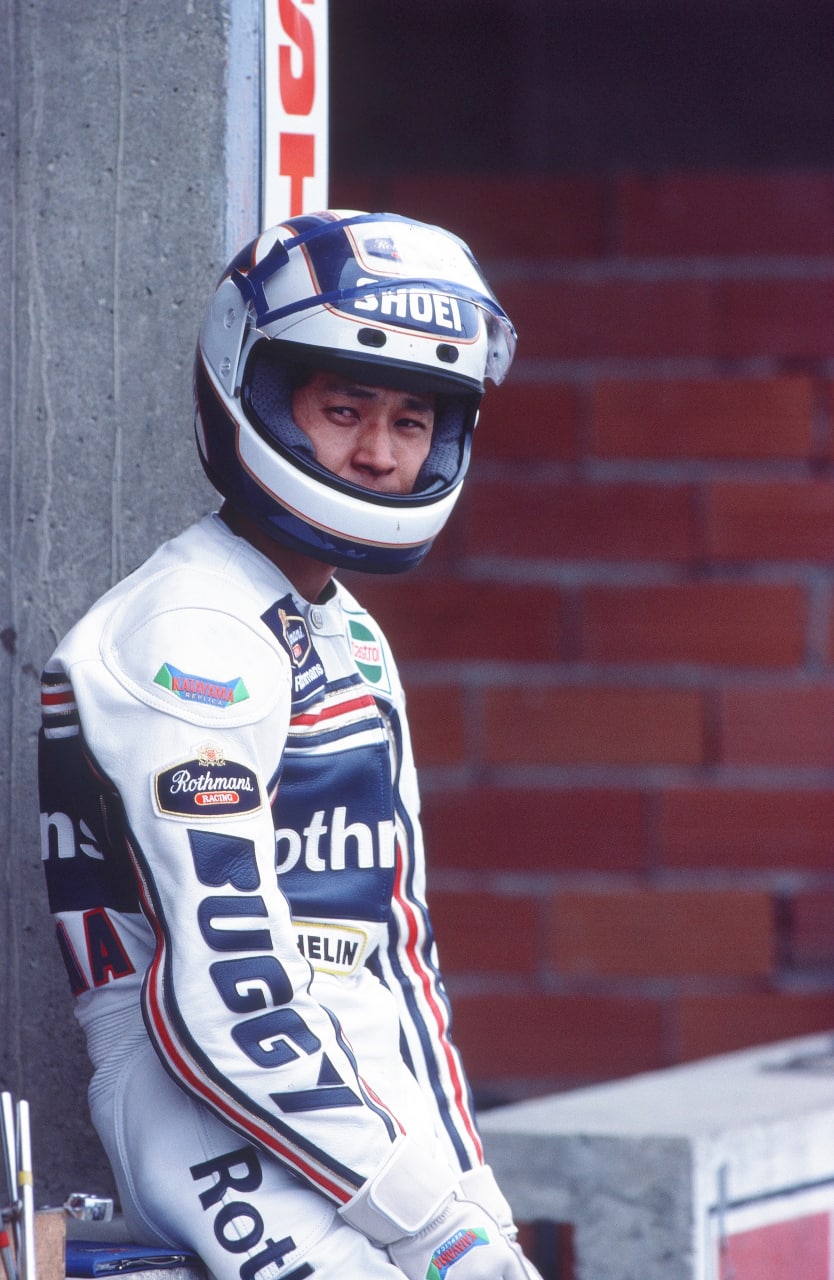 Takazumi Katayama: I continue to live in the world of "the ultimate and the cutting edge", and I am still standing in a time and space that smells dangerously close to the edge.
The mechanics who work tirelessly and sleeplessly to make the best possible machine amidst the cheers of more than 100,000 spectators.
Surrounded by my many fans on the world stage, I have always been able to demonstrate my abilities to the best of my ability.
My talented engineers and managers have created a stage for me to present my NFT works.
I am confident in the ""ultimate driving experience."" I hope you enjoy my vision of the Racing Line!

From April to May 2016, I traveled to Ukraine for two weeks in local cities including Kyiv. I still have a lot of nostalgic memorial photos on my iPhone at that time. Then, a terribly sad event that cannot be expressed in words has happened in the 21st century. So I thought, what kind of support can be provided to Ukraine by utilizing my 11 years of disaster relief? Just as I was thinking this, I received a photo of my GP RACE running in one "Ukrainian color" From my photographer, Shigeo KIBIKI. A while back I had asked him to provide the photographs needed for the novel I was writing and he just happened to send them to me at this time. In one of the photos, I found riding photos at the World Championship GP in the Netherlands, which I participated in 1980. By chance, the only GP RACE running in this "Ukraine color" was the Dutch GP. Whether this is a coincidence or an inevitability, the answer will not be known until the future. But with certainty, there is one thing I can say, "If you don't do what you can do now, you will have a lifetime of regret!" So, I decided to create NFT ART work and call on people all over the world to donate. I created several kinds of works at once, and decided to deliver aid from the sales of these NFTs. 70% of the sales from these NFT's will be delivered directly areas and people affect in evacuated neighboring countries as "support money". We will allocate 30% to the expenses for local support activities. So I decided that I would fly and provide disaster relief to the area of conflict and surrounding areas. In this 21st century, "an incredible tragic event" happened. So I decided to take action. I hope the world will become full of peace and love.

You need to buy selected NFT.

Please top up
Please, confirm the transaction in your wallet.

The transaction on the way!

Check in explorer (opens in a new tab):
Waiting for allowance.